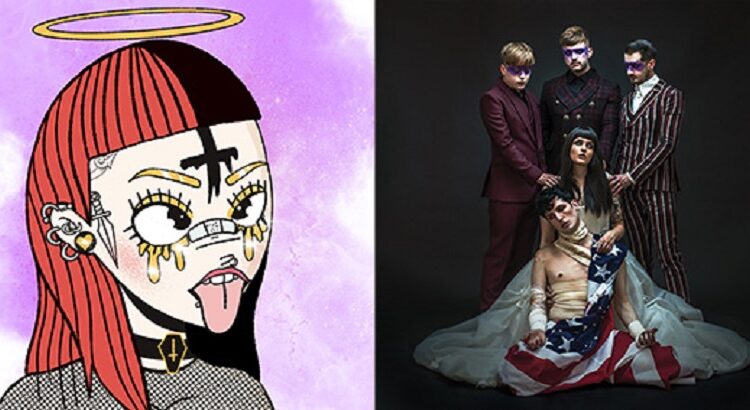 Goth GFs have announced a partnership with Creeper, a punk rock band, for a UK tour in 2022. This is a highly anticipated event that got postponed in the middle of a tour last year due to the global pandemic.

The band is going to Manchester for a concert on March 19th. Additional stops will include Southampton, Torquay, Leeds, and Glasgow. Goth Girlfriends intend to host a pop-up at every venue they visit. Attendees can learn more about NFTs and the always unique community surrounding Goth Girlfriends.

Goth Girlfriends is available via the Solana blockchain platform, and they changed the landscape surrounding NFTs with their inclusive space intended to be a welcoming environment for those who consider themselves marginalized in the conventional art world.

NFTs have been a booming advent following the trail of many cryptocurrencies. Whether you’re interested in the latest Terra (LUNA) or collecting non-fungible art tokens, these two closely related sectors are booming in value around the world.

No Face is the anonymous founder behind Goth Girlfriends. They describe themselves as Goth, and they want alternative cultures to have safe spaces in which they can thrive. Goth Girlfriends has been created for this purpose, and they have partnered up with many of the industry’s leading artists. HE Creative is among them, with a long list of premium-grade collaborations. The Deathbats NFT Collection of Avenged Sevenfold is one prominent example.

No Face has gone on to say that the expansion of the crypto and NFT markets has great synergy with alternative cultures. Those at Goth Girlfriends want to make an inclusive environment open to like-minded individuals who have a passion for both alternative culture and NFT art.

Goth Girlfriends is going to join Creeper at every tour location. They’ll showcase some incredible art while also talking about many different alternative culture matters throughout the metaverse. They’ll also promote the inspiring community they are still developing.

Creeper started in 2014 in Southampton as an English horror-goth rock band. They’re signed by Roadrunner Records and have released a trio of studio albums. The most recent one was titled American Noir. It was released in July of 2021.

The previous tour was originally slated to happen already, but it was postponed in the middle of its schedule due to pandemic restrictions and high waves of case counts in many cities throughout the United Kingdom. While the pandemic is still certainly present, case numbers have dropped significantly this year after a massive Omicron wave and broad vaccination efforts have led to potential herd immunity.

Whether or not that herd immunity is temporary or likely to last is yet to be seen, but more time at home has given people in the alternative culture community a chance to explore the music of both groups while also learning more about NFT art. The metaverse world is also a place where many people have occupied themselves and maintained social connections while locked down and unable to spend time physically with others. Future growth is likely to accelerate.

Share on FacebookShare on TwitterShare on PinterestShare on LinkedIn Share on TumblrShare on RedditShare on VKontakte
Alvan FlintApril 12, 2022