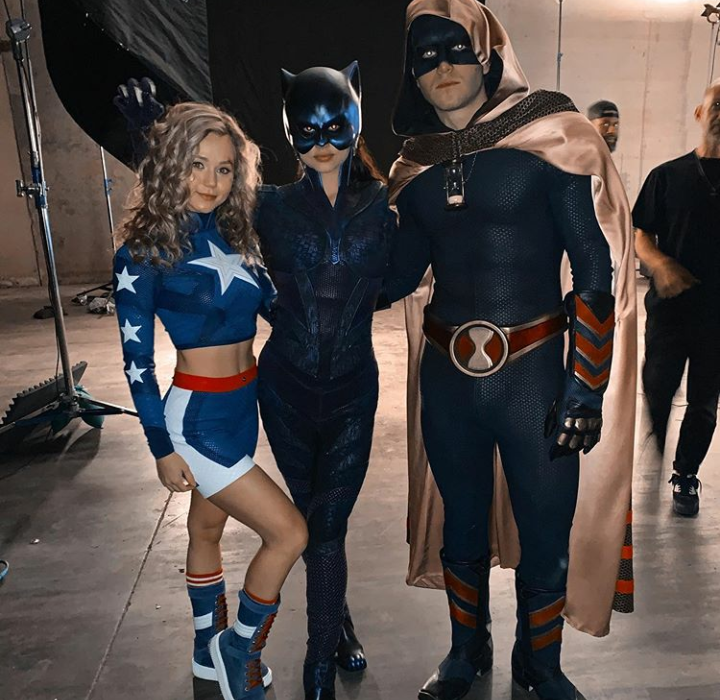 DC Comics has become well known for the number of successful television series it has created over the last decade. Fans everywhere have raved about programs like Green Arrow and Doom Patrol. And now a new series has joined the growing list of hits.

Stargirl is a story that follows high school student Courtney Whitmore as she learns to become a superhero. While the title character of Stargirl is the main focus of the series, there are a ton of secondary characters who get their chance to shine. One of these is Rick Tyler, Whitmore’s classmate and an angry young man with something to prove.

With Whitmore’s help, Tyler quickly goes from troubled teen to hero-on-the-rise. Though to some fans his character might be a new one, Hourman has been a prominent character in comic books for decades. Here are a few tidbits about this increasingly popular new super hero.

The comics version of Hourman was Rex Tyler, a biochemist who made his first appearance in Adventure Comics #48” in 1940. Tyler created a drug known as Miraclo, which he found could give him super strength, enhanced speed and increased durability. Only problem: these super skills were limited to just one hour. Hourman joined the Justice Society of America and continued as a hero for many years. Due to the nature of his powers, Tyler found himself struggling from addiction to Miraclo and was always challenged to keep his consumption down to one pill a day.

Eventually, Rex settled down with long-time sweetheart Wendy Harris and the two had a son named Richard. Called Rick for short, the child eventually grew into a young man looking to prove himself. Discovering his father’s Miraclo stash, he took on the mantle of Hourman and joined with other young heroes on the team Infinity Inc. Tyler would spend many years on this team and created a close bond with fellow teammate Beth Chapel, the heroine known as Doctor Midnight.

A History of Addiction

Like his father before him, Rick Tyler found that Miraclo was an incredibly addictive drug. He would struggle with addiction much like his dad and constantly grapple with whether he should continue as Hourman. This came to a head with Rick learned that Miraclo was causing him to develop leukemia, forcing him to give up his powers. Eventually, the cancer would be cured and Rick would resume the role of Hourman. In recent years, he has struck up a romance with the speedster known as Jesse Quick and the two have settled into a life together as members of the Justice Society.

While there are many similarities between Rick Tyler in DC comics and the Stargirl version, there are also some key differences. Rick is much younger on the TV series and his parents were killed when he was a child. Like his comic counterpart, Rick Tyler is impulsive and headstrong. He is tempered by Beth Chapel on the show, but his drive to avenge his father is often complicated by his addiction problems.

Stargirl producer and long-time DC comics writer Geoff Johns has woven a number of important Hourman threads into the show’s first season. While he listens to Beth Chapel, Stargirl, and the other heroes in his circle, Hourman’s anger tends to get the best of him and often puts him on a collision course with disaster.

Can Rick learn to use Miraclo to his advantage? Only time will tell what direction his story takes.

An Hour of Power

Hourman’s battle with addiction is a story that rings unfortunately familiar for many families today. Though the show has yet to dive into this aspect of his character, the stage seems set for some very intriguing plots in the days to come.

Learn more about Hourman and the other Stargirl heroes by catching the show on streaming services like the DCU app or CW platforms.

Share on FacebookShare on TwitterShare on PinterestShare on LinkedIn Share on TumblrShare on RedditShare on VKontakte
Alvan FlintSeptember 9, 2020